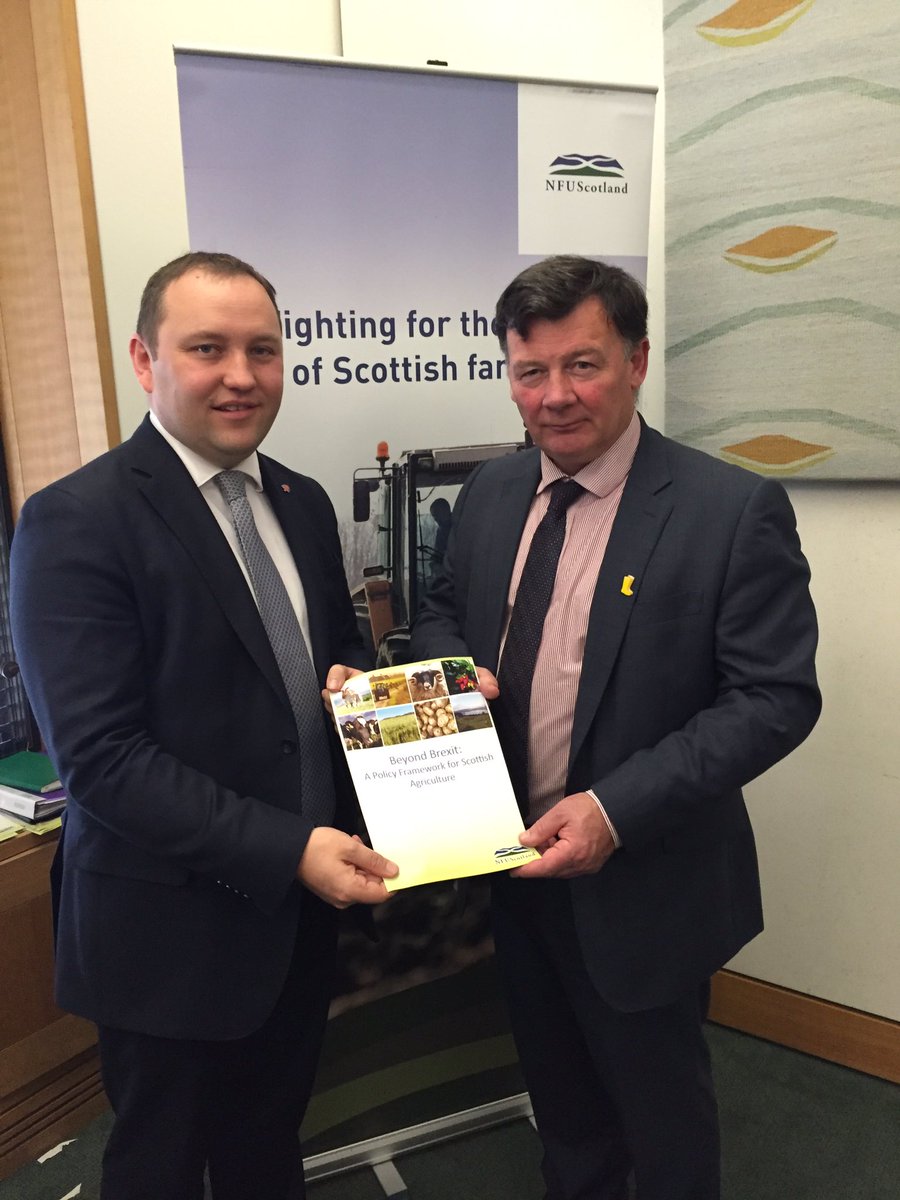 NFU Scotland has mapped out its priorities for Scottish agriculture and the food and drink sector post-Brexit. I met with the Board of Directors at a parliamentary reception in Westminster to discuss some of the issues.

Priorities for the industry are -; access to existing and new markets, a new agricultural policy, and the importance of non-UK labour after our exit from the EU.

NFU Scotland’s Beyond Brexit documents, published last week, formed the basis for discussion at the reception. They highlight the importance of a robust trade agreement for Scottish produce, and an adequately funded policy framework for Scottish agriculture which will foster resilience, productivity and profitability for the industry in years to come.

This clear message from the NFU has been discussed with government ministers and politicians from across the political spectrum since the outcome of the referendum. It is also the base from which NFU Scotland will conduct a wide-ranging discussion with its membership over the coming weeks and months, with the aim of arriving at a more detailed policy position before Article 50 is triggered next spring.