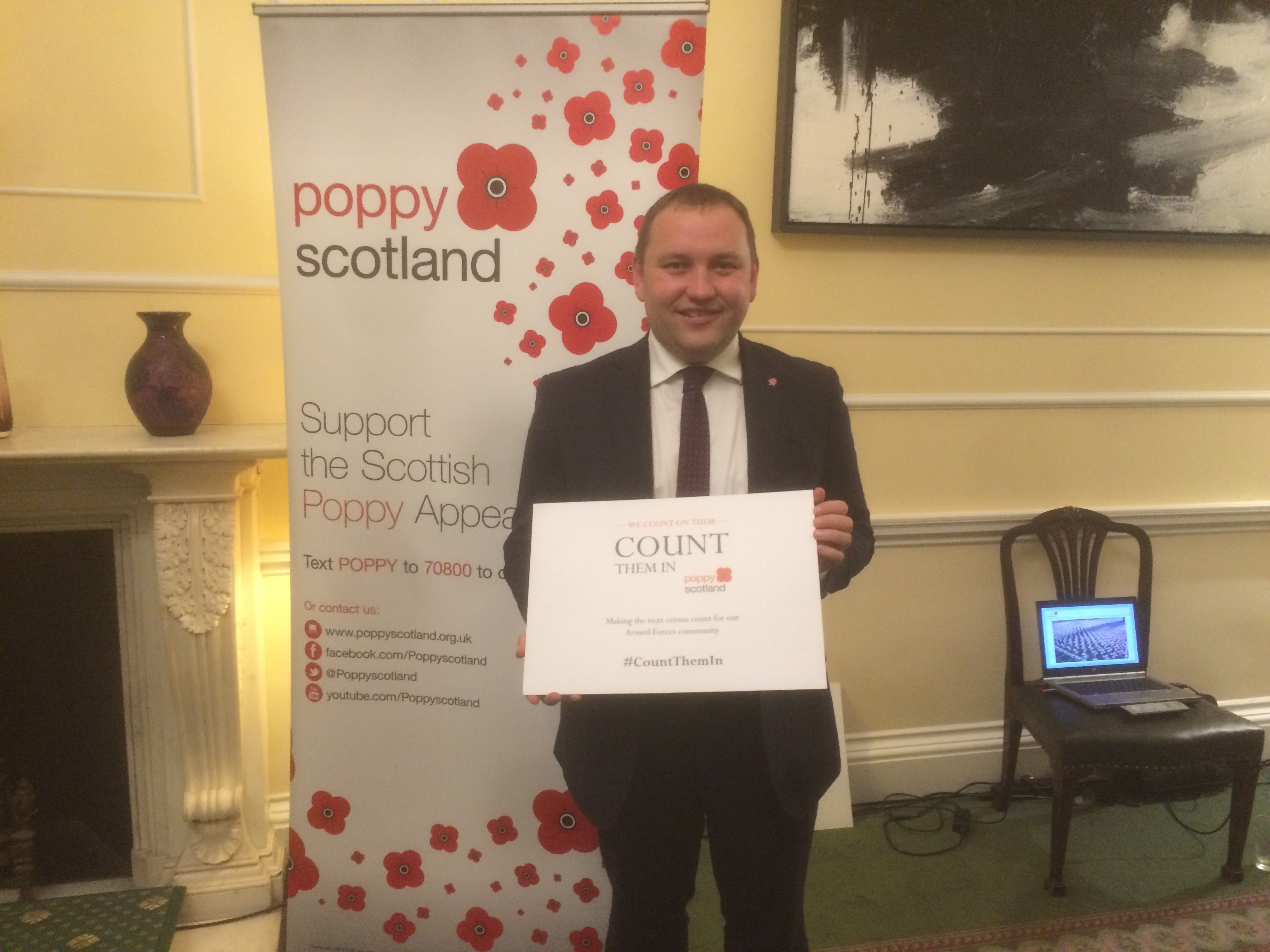 This year I was delighted to attend the opening of the Poppy Scotland appeal in Parliament. It is the organisation’s largest fundraising campaign, and takes place annually in the lead up to Remembrance Sunday in November.• Five million poppies are distributed across Scotland by an army of volunteers ensuring that the poppies and tins are displayed in shops, businesses and schools. As well as street collections, there is a host of activity happening to raise as much money as possible.••

All money raised during the Scottish Poppy Appeal is used to provide vital support to the Armed Forces community living in Scotland. It helps veterans and their families who have run into difficulties as a result of their service, or many years later. Poppy Scotland also offers housing support, mental health advice and employment assistance.

The appeal raised £2.9m last year.• Let’s go the extra mile and do even better this year.

I have also tabled an Early Day Motion in Parliament which calls on FIFA to allow players to wear the poppy on their shirts for the upcoming England v Scotland match at Wembly. You can read more here:•http://labourlist.org/2016/11/ian-murray-england-and-scotland-teams-must-be-allowed-to-display-poppies-on-football-shirts/