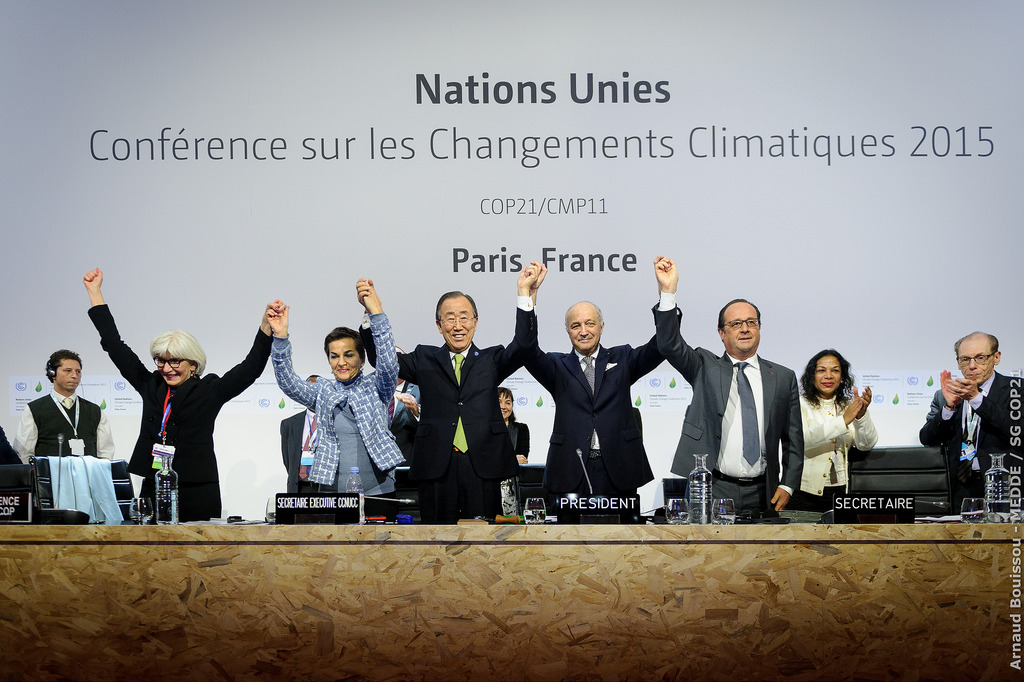 There is no denying that climate change is one of the biggest threats to our environment. •It is deeply worrying, therefore, that President-Elect Donald Trump has repeatedly called climate change a “hoax”, pledged to cut federal programmes and spending to reduce emissions, and has threatened to “cancel” the Paris Agreement. •You will be aware that the Agreement entered into legal force on 4th November 2016, and there is a four year process for any country to leave the pact. •However, President-Elect Trump could take the drastic step of withdrawing the US from the entire UN Convention on climate change within a year.

Trump’s election rhetoric on climate change, and his appointment of climate deniers to his team, has sent a damaging signal internationally. •His election risks undermining confidence in the world’s ability to avoid catastrophic climate change. •It is hugely important that politicians and communities around the world manage this risk by emphasising their continued commitment to climate action.

For this reason, I am immensely proud that UK ratification of the historic Paris Climate Agreement has been completed. Pressure from Labour in September has succeeded in getting the Government to commit to ratifying the deal this year, two years earlier than they had initially planned.

The UK has a strong legacy of international leadership on this issue. •Indeed, the last Labour government established the world’s first legally binding carbon emissions reduction targets in the Climate Change Act in 2008. In light of a Trump presidency, it is more important now than ever that we maintain this strong international standing, and celebrate our commitment to international co-operation on climate change.

While I welcome the coming into force of the Paris Agreement, the challenge now is to turn fine words into strong action. •I am therefore concerned about the Government’s decision to approve fracking for shale gas in Lancashire. •This risks locking us into an industry based on fossil fuels long after our country should have moved to clean energy. •It also comes on top of an energy efficiency plan that failed to insulate the homes of our pensioners and poorest families, cuts to support for renewable power and plans to increase taxes on businesses that have done the right thing by installing solar panels on the roofs of their buildings. •These decisions have undermined clean energy investment in the UK at a time when we should be working towards transitioning our energy industry to a low-carbon future. Responsible global leadership means bold climate action at home; I believe the Government should rethink its stance on these important issues.

It is clear that UK domestic policy on climate change has stalled. •The final report of the House of Commons Energy and Climate Change Committee found that on its current course, the UK will fail to achieve its 2020 renewable energy targets, including to provide 10% of transport fuel from renewable sources. •Furthermore, the independent Committee on Climate Change has identified a 47% policy gap in reaching our 2030 climate targets and calls for the Government to set out stronger low-carbon policies in its emission reduction plan. •I am therefore disappointed at reports that the Government could delay publication of this plan until 2017.

The UK Government should take advantage of the international cooperation demonstrated by the Paris Agreement to drive forward with its long-awaited plans for low-carbon investment.

I stand alongside my Labour colleagues, committed to strong and ambitious climate action both at home, and at a global level. •