We need a new Act of Union 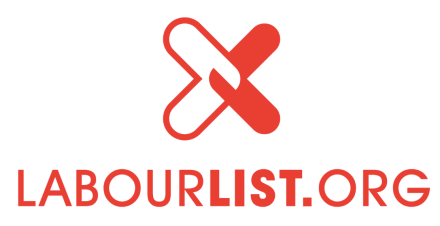 My Article for LabourList which argues in favour of Kezia Dugdal’s proposals for a new Act of Union. You can read the full article on the LabourList website.

Kezia Dugdale’s speech was an important intervention at a critical juncture in the future of the United Kingdom. The Tories’ reckless Brexit gamble has once again placed the UK in peril, and we must act now to save it. In calling for a UK-wide constitutional convention and a new Act of Union, Kezia seeks to preserve all that is best and most admirable in our country, while acknowledging the need to change and adapt to the changed reality of modern, post-Brexit Britain.

The world has changed; we must change with it. But that does not mean severing the bonds that bind us together: our common values of compassion and tolerance, and the ability to pool and redistribute resources on the basis of need, not nationality.

Like Kezia, I fought hard to preserve the UK in the 2014 independence referendum. I am proud of the role that I -; and my party -; played in ensuring that Scotland voted no, and I am as sure now as I was then that we, the Scottish people, made the right choice. But, and as we said at the time, a no vote wasn’t a vote for no change. In the run-up to the referendum Gordon Brown composed the Vow, pledging greater powers for Scotland, which all the major UK parties signed up to. That vow paved the way for the cross-party Smith Commission and the Scotland Act which followed, transforming the Scottish Parliament into one of the most powerful devolved legislatures in the World.

As shadow Scottish secretary at the time the act was passed, I know exactly what it allows for, and what it does not. By devolving significant new powers over income tax and social security, the act affords the Scottish Parliament the competence to design a new social security system for Scotland, and the ability to pay for it. At a time when the Tory government has mounted an all-out assault on the welfare state, I successfully secured additional measures to allow the Scottish government to top-up reserved benefits and create new benefits in devolved areas. From both a personal and political perspective, I want to see those powers used for the benefit of people across Scotland.

Recent events have changed things. Brexit was an earthquake, long in the making, the tremors from which risk further rupturing a country already fragmented by inequalities of wealth and opportunity. Over time, political power has become concentrated in too few hands -; in Scotland, and across the UK -; and affluence hoarded in one corner of our United Kingdom, to the detriment of the rest. That Pandora’s box of anger, alienation and frustration was opened by the EU referendum, and there is no closing it. Rather, those feelings must be addressed and ameliorated. What Kezia announced yesterday is the beginning of a process to refresh, renew and, ultimately, rewrite the devolution settlement in order to dissipate those destructive forces and secure the future of our country for the long term, with a new Act of Union.

Our vision -; the Labour vision -; is for a federal type solution to a constitutional conundrum: a radical reshaping of the established order so that every component part of the United Kingdom -; Scotland, Wales, Northern Ireland and the English regions -; takes more responsibility for what happens in their own communities, but which still maintains the protection of being part of a greater whole. What that means is more power, more autonomy, and more accountability for Scotland. What it does not mean is full fiscal autonomy.

The fiscal and currency union, first introduced by the 1707 Act of Union, and upon which the UK is predicated, allows for the pooling, sharing and redistribution of financial resources across the country. This pays for our pensions, underpins our social security system and ensures that those individuals and families who need additional assistance receive it. This benefits Scotland enormously, and must be preserved.

Dismantling this redistributive system, as the SNP and right wing Tories have at various times advocated in championing full fiscal autonomy, would be financially disastrous for Scotland, exposing us to a £15bn budget deficit -; substantially more than the £11bn that has been cited as the potential cost of Brexit. That is why maintaining the fiscal union, and the Barnett Formula that sets spending in Scotland, is integral to our plans unveiled yesterday, which we hope the SNP can agree with.

Full fiscal autonomy would sound the death knell for our country as we know it. In stark contrast, what Kezia has proposed is a progressive, imaginative solution that will return us to safe and solid ground following the tumult of Brexit, and ensure we can address the concerns of communities at a local level. It will re-forge our Act of Union and, in doing so, strengthen it.