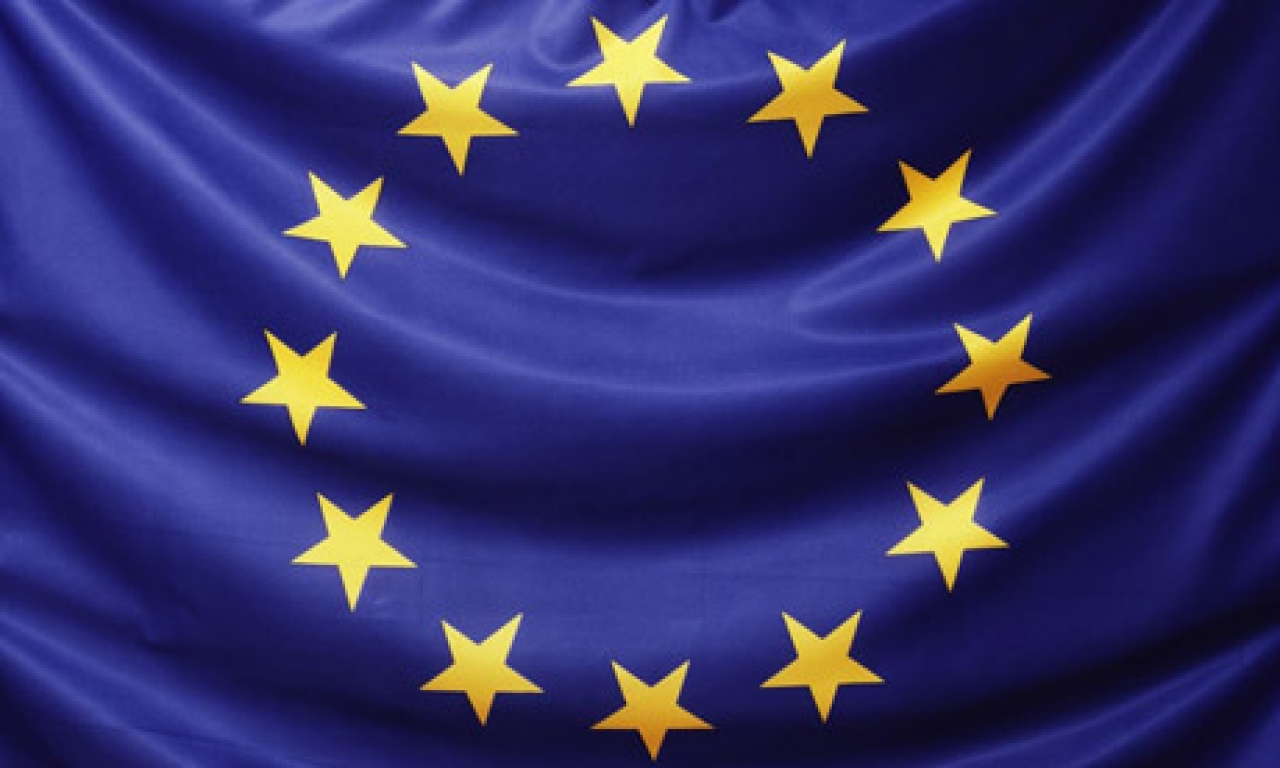 Update on my position on the upcoming vote to trigger Article 50:

The Supreme Court has concluded that there has to be parliamentary approval for triggering Article 50 (the Treaty process to formally start the negotiations to exit).• I’m pleased by this as, again it is something my colleagues and I have long called for.• It is a shame it took the Supreme Court and a member of the public taking a case, to make them act. It has wasted nearly three months when the Government could have been working with Parliament rather than blocking it out.• The government has published a one clause Bill to enact the court judgement.•

The parliamentary process for the European Union (Notification to Withdraw) Bill is the 2nd Reading debate on Tuesday (12:30-midnight) and Wednesday (12:30-19:00) with a vote on a chosen reasoned amendment and the main Bill. Then there will be three days in Committee on the floor of the House of Commons when all the amendments will be debated and several will be voted on. There will then be a 3rd Reading vote at the end of Committee Stage. After that process the amended bill (if amended at all) will follow the same procedure in the Lords.

You can watch the debate here.

I have •signed a reasoned amendment to the Bill (this is a process that allows you to say ‘I refuse to give the Bill a 2nd Reading because•) that reads:

“That this House declines to give a Second Reading to the European Union (Notification of Withdrawal) Bill because the Government has failed to give assurances which safeguard British interests in the single market, and because the Government has failed to provide assurance that either Parliament or the UK electorate will have the ability to determine whether the UK should seek to withdraw from the single market in accordance with Article 127 of the EEA Agreement.”

I have also submitted a number of substantive amendments to the Bill (that will be debated after 2nd Reading) and signed over 50 amendments.• You can see the list of amendments to the Bill here (as of printing this morning -; Tuesday 31 Jan)):•http://www.publications.parliament.uk/pa/bills/cbill/2016-2017/0132/amend/european_rm_cwh_0130.pdf

My specific amendments centre on the need for the devolved administration to be involved in the process.•• The other amendments I have signed are designed to examine the big issues around EU nationals, membership of European wide organisations like Europol, Erasmus and The Medical Safety Agency etc.• You will see there are hundreds and hundreds of amendments to the Bill to try and bring clarity to the situation.

I have also signed all of the official Labour Party amendments as they are designed to allow:

2.•••••• Trading relations with the EU that are tariff free with regulatory harmonisation

4.•••••• A strong relationship and close collaboration with the EU on security, intelligence, science and research

5.•••••• Certainty for business and investors, including by planning for transitional arrangement to avoid any cliff edge changes

6.•••••• Ensure the vote in Parliament at the end of Article 50 process is meaningful

7.•••••• A clear commitment that EU nationals can remain working, studying and living in the UK

If we can get these concessions into the Governments negotiating position then we will be in a much better place with Brexit.•Additionally, we have managed to get three major changes to Government policy on Brexit.

1. A vote in parliament before Article 50 is triggered (yes, this was the Supreme Court case brought by members of the public but it is something we have been demanding since before the summer).

2. A vote in parliament on the final deal at a point in the process that is meaningful (not merely at a late stage on a take it or leave it basis).

3. A white paper on the Governments negotiating stance (conceded by the PM last week).

•I’m clear that the Prime Minister has to make sure that people are no worse off a result of Brexit. I raised this with her directly at Prime Ministers Questions just a few weeks ago.• That means unencumbered barrier free access to the single market, like that promised to Nissan and a complete alignment of regulatory bodies.• I will also demand that things like Europol, the EU Medicines Agency, Erasmus and the EU Aviation Safety Agency etc are retained after Brexit and that our universities are protected both in terms of research and development through Horizon 2020 (and successor programmes) and the ability to recruit staff and students from the EU.

As you may be aware, the Prime Minister gave a speech recently in which she outlined several objectives for her upcoming negotiation with the EU. I, and my colleagues, have long called for details to be put in front of the House of Commons in the form of a White Paper.• This is something both the Prime Minister and the Secretary of State for Exiting the EU called for previously.• I am pleased therefore that the Government have finally succumbed to the pressure and announced the publication of a White Paper.

The key points of Theresa May’s speech were as follows:

••••••••••••• Transition period or ‘phased implementation’ of any deal will be necessary

••••••••••••• Commitment to pivot to a low-tax, low-regulation economy tax haven UK if she doesn’t get her way (a veiled threat to Europe)

••••••••••••• Commitment to Parliamentary vote at the end of the process on the final deal (again something I, and my colleagues, have long called for.)

It is now beyond any doubt that the Prime Minister is pursuing what has become known as a “hard” Brexit. She risks not only our future relations with Europe but also the union of nations within the UK.• Something I raised directly with the Prime Minister at PMQs the week before last.

The one positive of the speech was the commitment to a parliamentary vote on the final deal. The Government have been holding out for months on this and I am pleased there will be an element of democratic scrutiny over the deal. I do wonder, however, if this is too little too late.

On the single market, we already knew this was the Prime Minister’s direction of travel- based upon her statements on immigration and EU courts. This decision clearly breaks a commitment in the 2015 Conservative Manifesto which promised to safeguard the UKs position in the single market, not to mention the Chancellors recent statement that loss of access would be ‘catastrophic’.• The Chancellor also said that “people didn’t vote to become poorer” and it seems his own Treasury and the independent Office for Budget a Responsibility show that the country will be significantly poorer.

On the customs union, whilst she did come out in favour of some aspects of the union she also wants to negotiate free trade deals with other countries and ‘does not want us to be bound by common external tariff’. Neither of these objectives are available within the customs union as currently constituted so it looks like a strategy of having her cake and eating it.• As an example, Turkey is seen as a key strategic partner for a bilateral trade agreement as they are a large economy that sits outside the EU.• However, given that Turkey participates in the customs union they may be inhibited from a bilateral trade deal with the UK due to their trading restrictions from the customs union.

Furthermore, the threat to turn Britain into an effective tax haven would be to sacrifice hard won employment rights and damage small and medium sized businesses across the country. The consequences of such an economic model on Ireland shows the real dangers of doing so.

I think a second independence referendum should be taken off the table to allow a focus to be on the EU situation and to remove the continued uncertainty for employers.• We have had enough division and we need the country to come together and make the best of this situation.• Recent polling shows the Scottish public are tired of constitutional debate and want the Scottish Government to get on with their day job as public services and our economy struggles. I couldn’t agree more with the 60% of people who don’t want another referendum any time soon.

Although I am a democrat and fully accept the decision of voters to exit the EU, I did•NOT support the triggering of Article 50 as I was elected to protect the economic well being of my constituents and I don’t think that leaving the EU, as is being proposed, does that – especially given the direction of the government.• I know this will be a disappointment to some but I have to take a principled stance for the people I have been elected to represent.

The result in Edinburgh South was crystal clear and I think it would be wrong for me to go against that 78% who voted remain. I have spent a lot of time surveying residents and listening to them and I, in no way, dismiss the concerns of the 22% who voted to Leave but I fundamentally believe I must understand and respond to those concerns. They could have been dealt with by domestic Government action on housing, public services, GP places, P1 entry places and local infrastructure etc. They could also have been addressed by dealing harshly with employers who exploit migrant labour to drive down wages, terms and conditions. Also, we must challenge the prevailing damaging narrative on immigration but also recognise that the pace of change in some communities has led to difficulties and people feel locked out of the economy.• Those concerns can’t simple be dismissed but they must be addressed sensibly and from a position of fact rather than engineered fear.• I also acknowledge that the EU as an organisation was not the most democratic or responsive but these issues could and should have been resolved with the UK as a member building alliances to lead the charge for change.