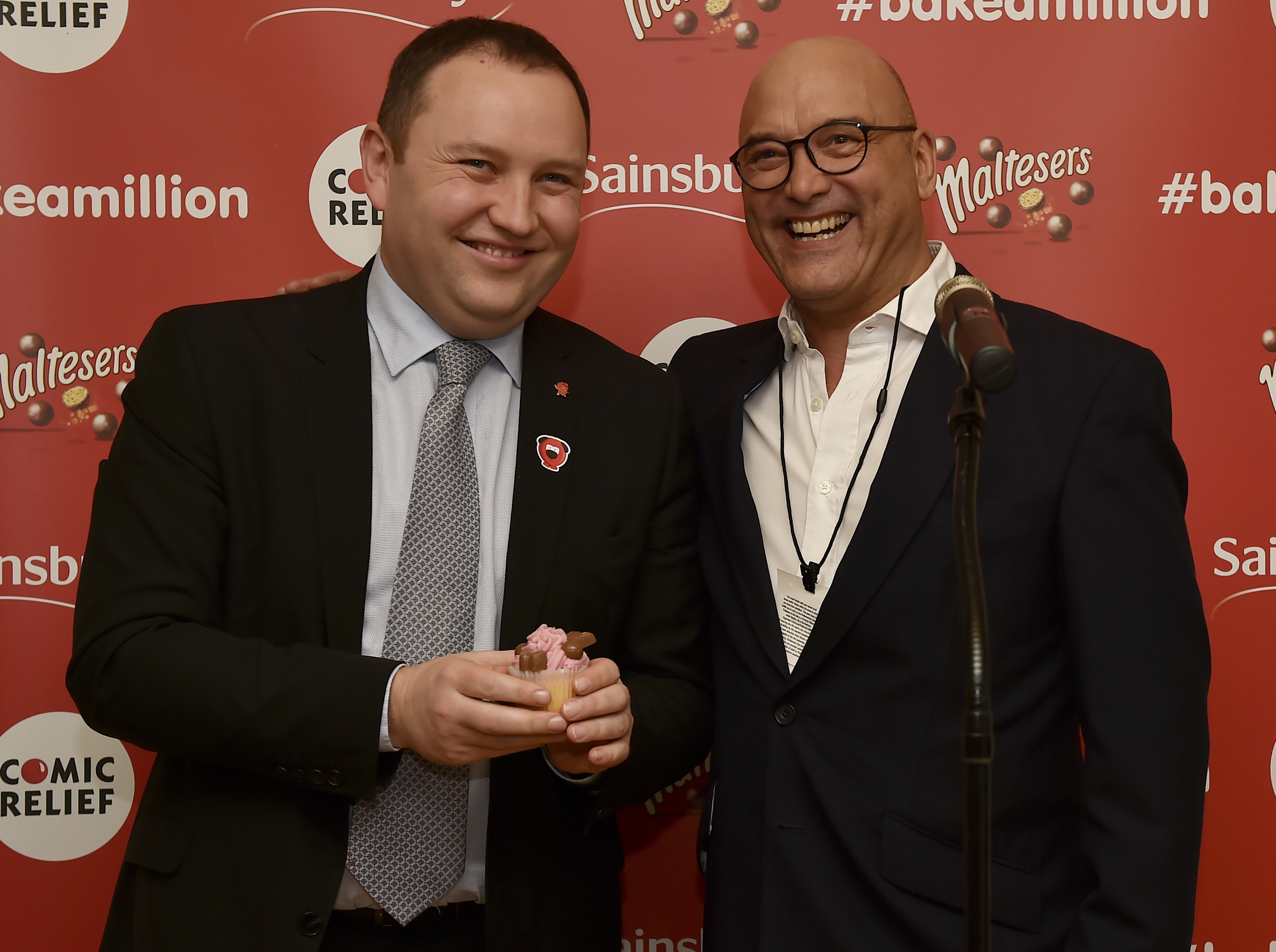 I rolled up my sleeves this month to show off my cupcake decorating skills at an event marking Red Nose Day 2017 in Parliament.

Masterchef presenter Gregg Wallace took on the role of judge as more than 60 parliamentarians of all parties competed to win first place in the Maltesers and Sainsbury’s Red Nose Day Parliamentary ‘Bake a Million’ competition. Somehow I emerged triumphant from the closely-fought contest, with Ian Paisley MP (DUP, North Antrim) in second place. ••

The competition, which was organised by Maltesers in partnership with Sainsbury’s -; the official retailer of the iconic Red Nose and Red Nose Day merchandise -; was held to celebrate this year’s Red Nose Day, taking place on Friday 24th March.

MPs were tasked with decorating a cupcake with an array of icing and toppings, including Maltesers and Malteaster Bunnies, expertly instructed by apprentices from Sainsbury’s recently opened Bakery College in Bromley-by-Bow. The winning cake decorators chose a nominated Comic Relief project to which Maltesers and Sainsbury’s will make a donation. ••

MPs were also encouraged to share pictures of their creations on a social media platform of their choice with the hashtag #bakeamillion. The Maltesers #bakeamillion campaign calls on the nation’s support and encourages people to get baking with Maltesers. For each cake or bake photo uploaded, Maltesers will donate £5 to Comic Relief, towards their £1million total contribution.