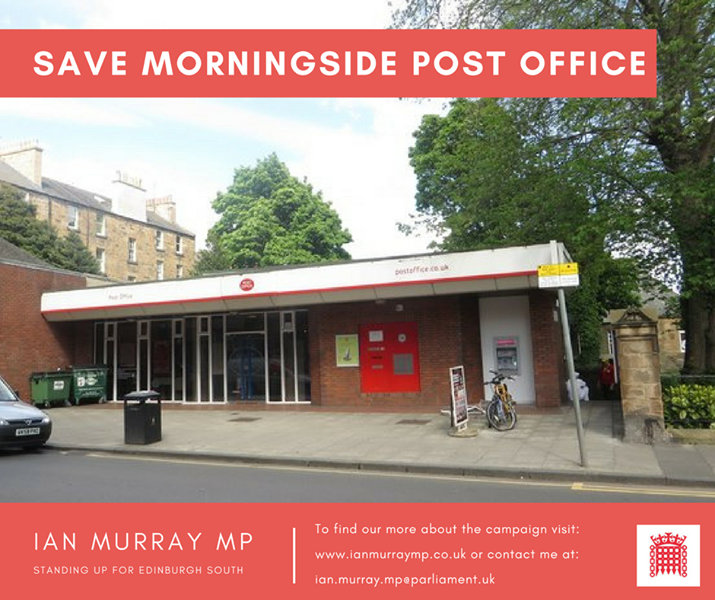 The campaign to Save Morningside Post Office moves on at pace.

This month I was delighted to participate in a Westminster Hall debate on the future of the Post Office. I of course focused on Morningside Post Office and argued that the Government should keep to its 2010 pledge to make the Post Office the “front office for Government”.

You can watch my contribution to the debate here:

This week I was also kindly granted time by the Speaker to present my petition to the House of Commons on your behalf. So far over 4,000 local residents have signed to say they oppose the franchising and closure of Morningside Crown Post Office. The Government must listen to the people who use the Post Office and call off this ill-advised attempt to franchise.

You can watch me presenting my petition here.

After recently meeting with Post Office Limited I have been informed that the franchising process could take up to a year and then there will be a formal consultation process. Until that process has started I don’t think a public meeting would be productive but as soon as the optimal time arises I will make sure local people can air their views and ask their questions to Post Office Limited and all involved.

A huge thanks to everyone who has signed my petition and written to the minister. •I will keep residents updated.