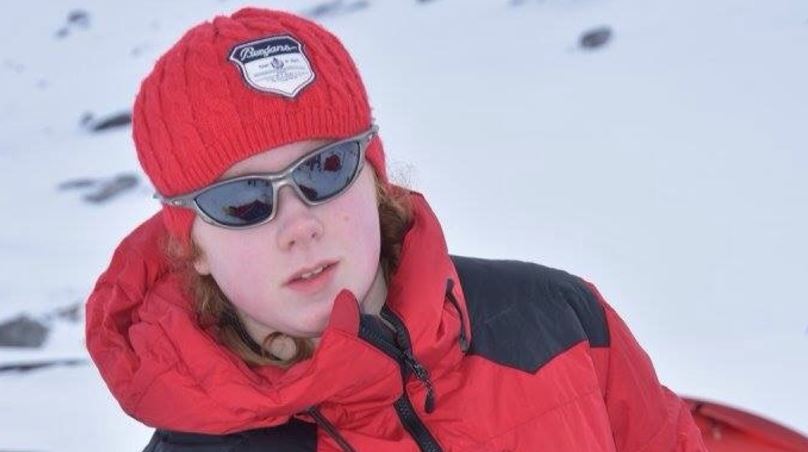 My name is Iona Somerville, I am 16 years old and I have just completed 5th year at Gracemount High School in Edinburgh. My ambition is to become one of the youngest Scottish female to ski to the North Pole.

This journey all began in 2015. At the age of 14 I was selected along with 9 other teenagers from 5 different High Schools in Edinburgh by Craig Mathieson, Scotland’s Explorer in Residence and founder of the charity The Polar Academy. We undertook a year of gruelling training which included going to the gym at least twice a week, attending a boot camp and tyre hauling for 6 hours at the weekend all in preparation for going on a life changing Arctic Expedition to Greenland in April 2016.

Before I was selected for The Polar Academy I was a shy, quiet teenager. I did not have any confidence in myself but on returning from the expedition my confidence has grown enormously.

Since returning from Greenland I have been interviewed live on BBC Radio Scotland, have done talks to various schools in Edinburgh and spoken to several hundred people at an event at Dynamic Earth. The reason why I am doing these talks is to make a positive impact, inspire my peers and the community and show them what they are able to achieve when they put their mind to it.

This journey has inspired me to go on and set a new goal of skiing to the North Pole in April 2018 as soon as I have raised the funds required.

I have already started my training and fundraising as this expedition will cost approximately £40,000. The training is hard, as I have to replicate hauling my own sledge with equipment in the North Pole by getting up early and hauling a tyre through any weather conditions. However, I have the mental and physical strength to push my boundaries in order to reach my goal. I have also completed a winter skill’s course at Glenmore Lodge, Aviemore in February 2017 to increase my skills and training.

Since announcing my plans I have been featured on STV News (Edinburgh) on Wednesday 7th December 2016 and also had an interview on The John Beattie Show on BBC Radio Scotland on Tuesday 20th December 2016.

The £40,000 goes towards the expedition which includes flights, guides and equipment. The journey would start in Norway, onto Russia and then onto the Geographic North Pole.

I am actively seeking sponsorship from corporate businesses and I have been writing to them to inform them about my endeavours. Any help in promoting my journey would be greatly appreciated.

I have an active crowdfunding page, Iona’s Journey To The North Pole at https://www.justgiving.com/crowdfunding/ionasomerville

What I have achieved by the age of 16 has shown me that anyone can do what they want to do in life. My aim is to inspire not just females but anyone of any age. If I can inspire just one person then I have achieved what I have set out to do and all the hard work and training will be worth it.

I am determined to achieve my goal of being one of the youngest Scottish females to ski to the North Pole. I would be really grateful if you would consider helping me raise my profile to gain sponsorship to help with funding for the Expedition. If you would like any further information please do not hesitate to contact me.