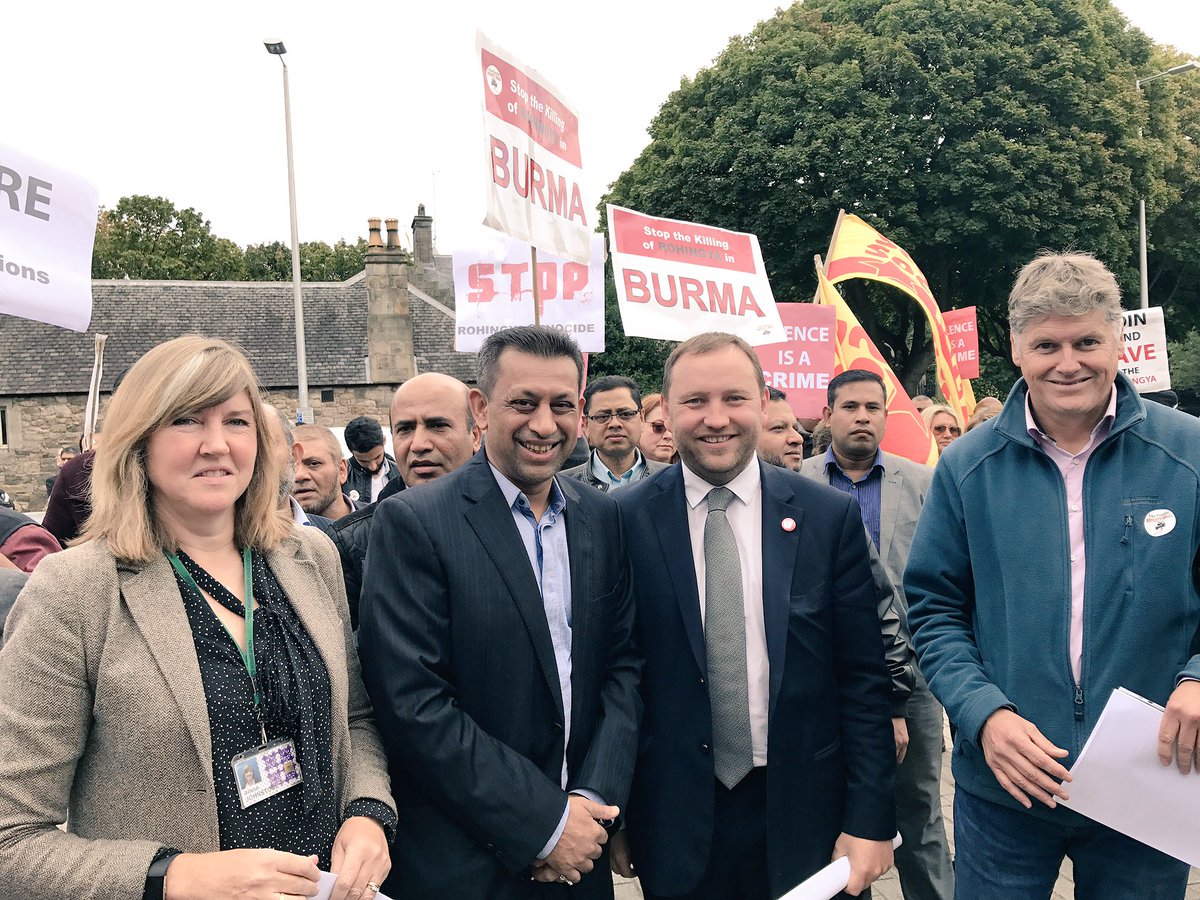 We have all been shocked by events in Myanmar over recent months.• I spoke at a vigil outside the Scottish Parliament to highlight the plight of the Rohigyna.

Reports of alleged human rights violations in Rakhine State are incredibly concerning and the appalling violence there must end. According to the UN, more than 410,000 people have fled Rakhine State for Bangladesh and the UN High Commissioner for Human Rights has described this situation as an example of “ethnic cleansing”.

Following calls from colleagues in Parliament and others to do so, the UK Government recently announced that it is suspending military co-operation with Myanmar’s armed forces. The UK Government’s immediate priority now must be to build on this announcement by putting pressure on the civilian and military authorities in Myanmar, in cooperation with our allies, so that the horrific violence in Rakhine State can be brought to an end once and for all.

As well as a complete end to all further violence and the burning of villages, it is vital that those people who have lost their homes and been displaced urgently receive the food, water and medicine they need. The Myanmar authorities must allow immediate and full humanitarian access and support for all of the people and communities that have been affected.

Once the cessation of violence and humanitarian access has been achieved, the work of building a lasting peace must begin. This should build on the recommendations of the recently published report by the Advisory Commission on Rakhine State and include a recognition of the rights and freedoms of the Rohingya people, as well as an end to restrictions on their movement. The UK and the rest of the international community must stand ready to support that process, but it firstly relies on the civilian and military authorities in Myanmar living up to the responsibilities of a modern democratic government. As a long-standing, critical friend, I believe we should expect and demand nothing less.