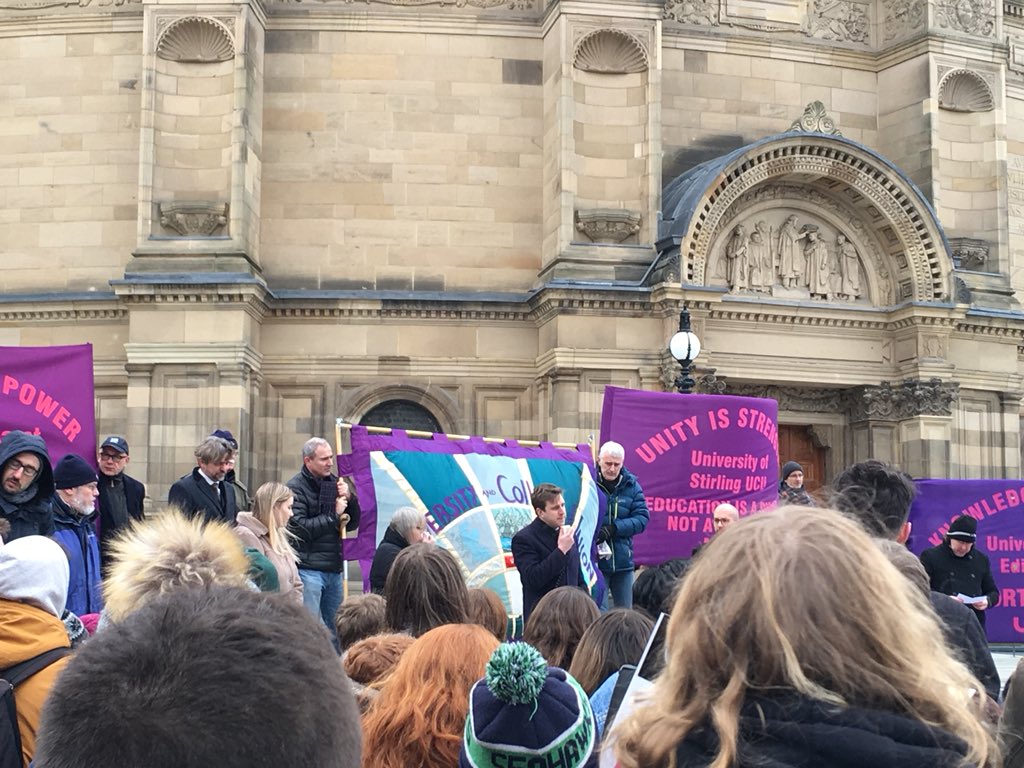 I remain concerned about the changes to the Universities Superannuation Scheme (USS) proposed by Universities UK in November 2017. Analysis by the actuarial consultancy First Actuarial showed that a lecturer starting work today could be £208,000 worse off over the course of their retirement as a result.

Decent pay and working conditions for those who work in education are vital. Further erosion of USS benefits could reduce the ability of universities to attract and retain staff in an increasingly competitive sector. Our education staff deserve security in retirement and a sensible solution which protects the scheme’s members and ensures that the USS remains attractive for the future must be everyone’s priority. •This is why I joined staff on the picket this month.

I appreciate this is a fast-moving issue, and I know that, following negotiations, UCU members were sent a new proposal agreed by the Universities UK (UUK) Board. I understand the proposal would see the creation of a jointly agreed expert panel to agree key principles to underpin the future joint approach of UUK and UCU to the valuation of the USS fund. To allow this to happen, the current deal in terms of contributions into USS and pension benefits would remain in place until at least April 2019.